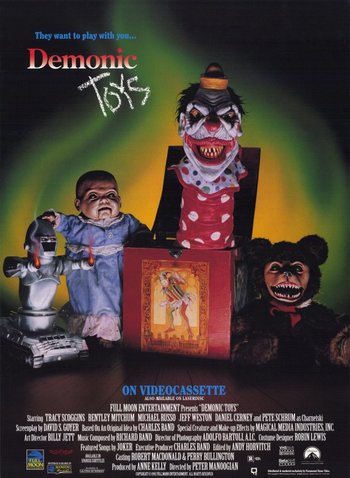 Demonic Toys (1992) is a direct-to-video horror film by Full Moon Features, designed to cash in on its earlier Puppet Master series. It centers on a police officer who is terrorized by the titular demonic toys after a botched arrest at the Toyland Warehouse.

Demonic Toys was followed by two crossovers with other Full Moon properties and one true sequel: