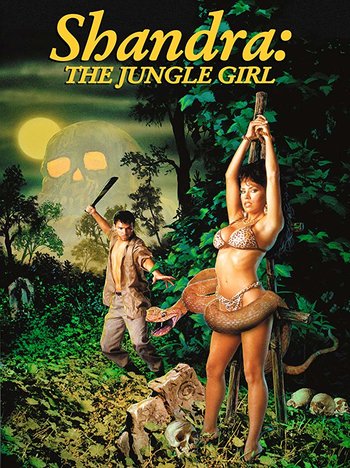 Shandra: The Jungle Queen is a 1999 soft core adventure film.

Something wild. Something untamed. She is Shandra...the jungle girl!

Shandra's attacks come only by the light of the full moon - and they're always fatal. But this wild creature from the jungles of Brazil doesn't maim or destroy her victims - she pleasures them to death, draining their vital essence sexually.

Four biologists set out to study and capture this elusive predator, but their pursuit becomes a race against time as Shandra winds up stalking them instead.