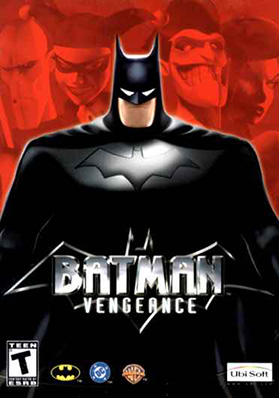 Batman: Vengeance is a 2001 video game for the PlayStation 2, Game Boy Advance, Nintendo Gamecube, and Xbox. Its characters are based on The New Batman Adventures.