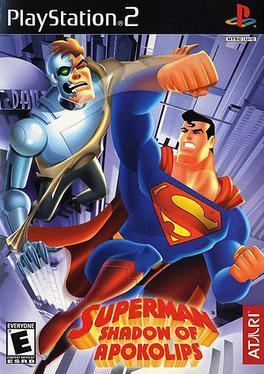 Superman: Shadow of Apokolips is a 2002 video game for the PlayStation 2 and Nintendo Gamecube. Its characters are based from Superman: The Animated Series. It was followed by a 2003 prequel, Superman: Countdown to Apokolips.