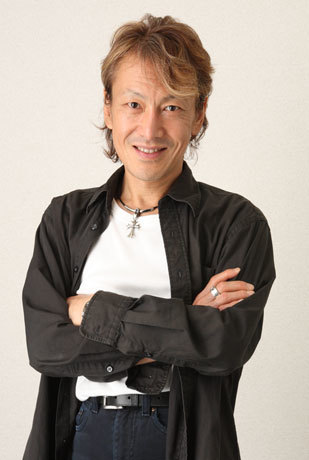 Born Makoto Horikawa, also spelled as "Ryou Horikawa"; (born February 1, 1958), Horikawa is a very well-known seiyuu whose voice normally sounds rather soft and a little wimpy, but when dialed up to eleven in Hot-Blooded-ness, it's fabulous. He is best known as the voice of Vegeta from Dragon Ball Z, Heiji Hattori from Detective Conan as well as Captain Falcon in the Super Smash Bros. series, and has had some memorable roles here and there, making him one of the best known veteran seiyuus of the '90s. He's still sporadically active.

Horikawa also speaks fluent English, which he learned from an American who homestayed with his family, and sometimes uses his Kansai Regional Accent in his roles, most notably Hattori.

His wife, Hitomi Oikawa, is also a seiyuu, with her most notable roles including the title character in Katri, Girl of the Meadows and Ami Nonomura in Cream Lemon. As of 2019 she appears to have retired.

Ryo Horikawa, Show Me Yo Roles!: