Anime / Katri, Girl of the Meadows 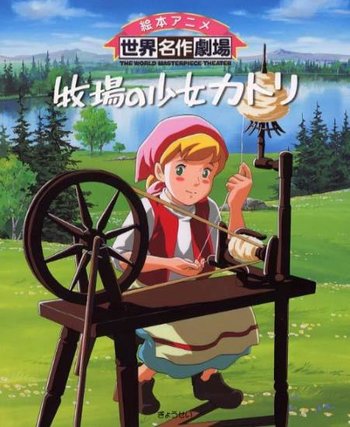 Katri, Girl of the Meadows is a 1984 anime produced by Nippon Animation and part of World Masterpiece Theater series. It is based on the Finnish novel Paimen, Piika ja Emäntä written by Auni Nuolivaara. It ran for 49 episodes, airing every Sunday in 1991. A few years before the start of World War One, Katri's mother left her daughter behind to work in Germany and Katri now lives with her grandparents. With Finland under Russian occupation, the residents in rural areas have had little or no news about the war and Katri is anxious about her mother's return. To make matters worse, Katri's grandparents' farm isn't doing well and their only cow had been killed by a bear. Katri decides to help her grandparents by working in a neighboring farm.