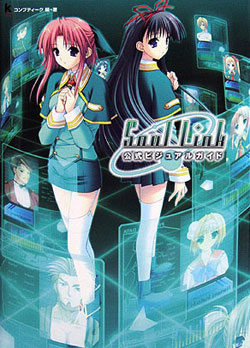 It's October the 17th, 2044. Officer graduate Shuhei Aizawa is heading to the spaceport for his recent transfer to the space station Aries where he will spend the next couple of years on secondment, but he has another reason for requesting transfer there: the chance to be reunited with his childhood friend Nao and his brother Ryota. Before they can begin chatting about old times, however, the emergency alarms sound and reports start coming in that terrorists have boarded the station and are trying to take it over.

As each section shuts down and the civilians are evacuated, a ragtag group of stragglers are holed up in the residential module, the "Sheraten". Realizing that they are the only thing standing in the way of the terrorists' complete takeover, Shuhei rallies the stragglers to beat them at their own game.

The story is told in four acts. For the first two, Shuhei is the leader and protagonist but halfway through the game, the point of view switches to his brother Ryota. He is thrust into the spotlight and forced to make the hard and sober decisions that had come so easily to Shuhei in the interest of helping everyone still trapped on the Aries escape. Meanwhile, all is not well on the rest of the space station as the terrorists find themselves beset by an altogether more dangerous foe.

Eschewing fancy gameplay mechanics and instead focusing on solid art and storytelling, Soul Link is a no-frills Visual Novel to the core. The game was followed by an anime in 2006 and has been translated into English by MangaGamer.