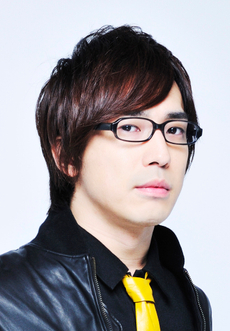 Hiroki Yasumoto (born March 16, 1977) is a seiyuu born in Yamaguchi. Thanks to his exceptionally deep voice, he tends to play mature men or Big Guy roles. He is known in Bleach fandom as the voice behind The Big Guy Yasutora "Chad" Sado, as Teika Midarezaki of Kyouran Kazoku Nikki, Germany of Hetalia: Axis Powers, and more recently, Asura from Asura's Wrath and Azrael from Blaz Blue Chrono Phantasma. He also performs several narrations for sports and movie trailers.

Also noted to have sang a cover of YuruYuri OP using his trademark voice range, broadcasted over Japanese radio.

Welcome... to the True Man's Roles.

Salvation! Additional description of this page is a necessity!
Salvation unnecessary. Subject's description is already complete.
Now go home and be a family man!
Don't hold back... Maybe you'll leave