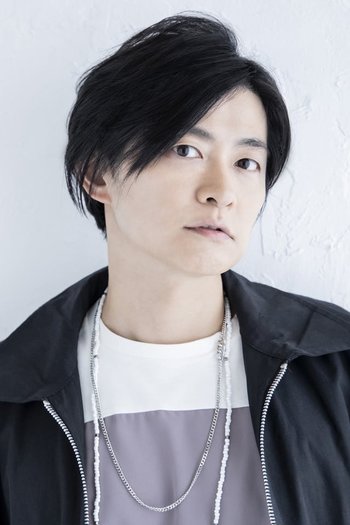 Allow this description to teach you something useful.
Advertisement:

Hiro Shimono (born April 21, 1980) is a seiyuu who seems to be set on very very meek young boys who're painfully shy, and have artistic sense. The catch, however, is that the guys he voices may have a hidden streak of cruelty or hot-bloodedness. Often (at least in anime he stars in), the characters he plays become subject to abuse... lots of abuse. Also tends to have an Unwanted Harem.

On September 26, 2021, he revealed that he has been married for more than ten years with two children. He explains that he never shared this part of his life with the public since it isn't related to his career. But his wife had been a huge supporter of his career, offering advice on how to get his roles.