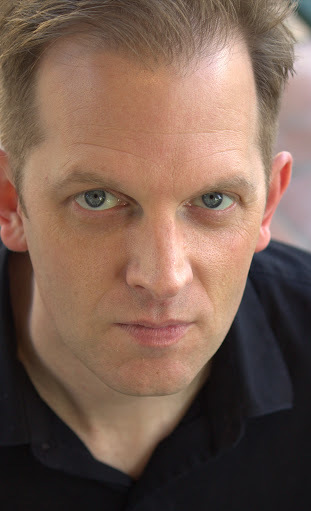 You may recognise him as the voice of Greed (first one, anyways) in Fullmetal Alchemist, Sousuke Sagara in Full Metal Panic!, Sho Fukamachi in Guyver, Sato in Welcome to the NHK, Turles in Dragon Ball Z, and Creed Diskenth in Black Cat, amongst many others.

Toward the end of his career in anime dubbing he became well-known for voicing Crazy Is Cool people like Graham Spector and Tatsuhiro Sato. These roles allowed him to tap into his inner Large Ham.

In 2010 Patton announced his decision to leave anime dubbing to work in other areas of voice performing such as audiobooks, although he stated he was willing to return to any of his past roles if more seasons are created for the series he worked on. However since 2012 he's wound up working relatively frequently with the newly formed Sentai Filmworks, getting cast in a continually growing list of their recent property acquisitions.

In 2013, he moved to Maryland, but still flew back occasionally to Houston to perform in some roles. But as of 2015, he has moved back to Houston and according to Facebook has also started writing scripts for anime. As of 2017, he is also working on several voice roles in Los Angeles based video games and anime alike and has moved to Los Angeles as of 2018.