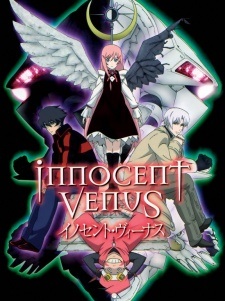 It's 2010 AD. Nature has destroyed a good portion of civilization as we know it. To maintain order, society is segregated into the rich Logos and the miserably poor Levinas, and the law is enforced by the militaristic upper class. The Logos enjoy easy life in relatively nice areas, while the impoverished masses of the Levinas struggle to survive in the slums, aka everywhere else.

The Government has Phantom, a special forces division that uses mechas called Gladiators. They specialize in putting down rebellions and generally being jerkasses.

Two guys and a girl are on the run from the evil government, in the process participating in cool mecha battles and blowing stuff up. Jo and Jin are former Phantom members who appear to be polar opposites in personality. Sana, the mysterious pink-haired girl, is somehow linked to Phantom.