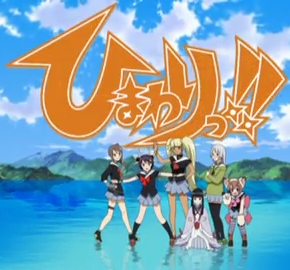 In the Village of the Mists, a place where ancient tradition meets modern technology to train the ninjas of tomorrow, two people are transferring. The first is Hayato Marikouji, a new transfer teacher and a true fish out of water. The second is Himawari Hinata, a chipper ninja wannabe who possesses very little skill, but has seen ninjas on TV. She was saved by one from a plane crash when she was young, and aspires to become one herself. Himawari transfers into a class with several more experienced ninjas, and starts her training, discovering the secret of her and Hayato's past at the same time.

Himawari! (and its sequel series, which has an additional exclamation point) were Anime First series that aired in the spring of 2006 and the winter of 2007.