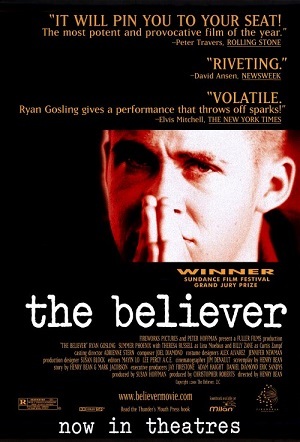 The Believer is a 2001 drama film directed by Henry Bean. Ryan Gosling plays an Orthodox Jew who turns to Neo-Nazism as a result of his poor self-image. The film follows the character as he tries to reconcile his heritage with the ideology which hates it.