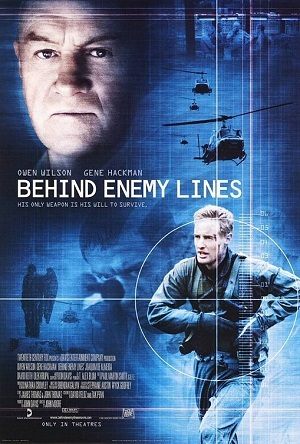 Lt. Chris Burnett (Wilson) a U.S. Navy flight officcer who gets shot down over Bosnia and has to survive while trapped behind enemy lines. The Serb force that is after him, and which summarily executed his pilot, is especially tenacious because during their recon mission Burnett's crew inadvertently photographed mass graves. Running ensues. Meanwhile, a task force led by Rear Admiral Reigart (Hackman) embarks on an (unauthorized) rescue mission to try and rescue Burnett.