Spoilers for all previous Sword Art Online works will be left unmarked. 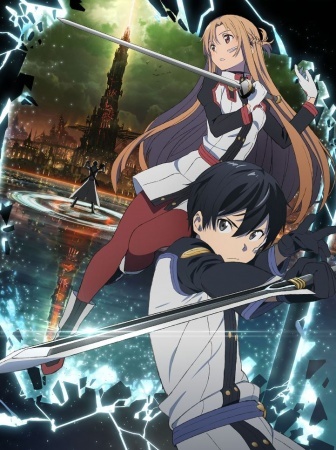 Sword Art Online The Movie: Ordinal Scale is a 2017 anime movie based on the light novel series Sword Art Online by Reki Kawahara. The film features a new original story written by Reki Kawahara and is produced by A-1 Pictures and directed by Tomohiko Itō. The music is once again by Yuki Kajiura. It was released in Japan on February 18, 2017.

The film is an interquel taking place between Mother's Rosario and Alicization light novel arcs. In 2026, four years after the NerveGear incident, a new, safer, Augmented Reality (AR) technology known as Augma is developed as an alternative to NerveGear's successor AmuSphere. The most popular game on Augma is Ordinal Scale, an ARMMORPG. Our heroes soon join the game, only to find out that the game isn't just simply a game, and their pasts are all related to the game of Ordinal Scale itself.

See the recap page for a more detailed recap.