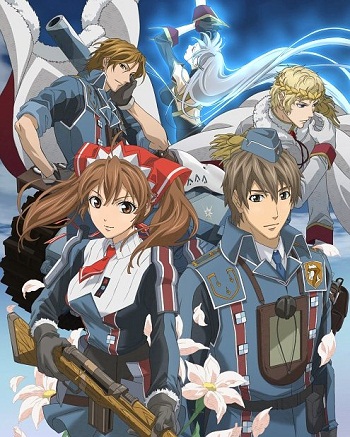 Like its source-material, it follows the story of enlisted soldiers Welkin Gunther, son of the late war hero General Gunther and former Bruhl town watchman Alicia Melchiott as they fight to defend Gallia from the invading Imperial threat alongside Squad 7, the squad Welkin has been assigned lieutenant to.

While it largely follows the overarching plot of the first Valkyria Chronicles game, some of its major changes include the expansion of Faldio Landzaat's character, the introduction of original character Ramal Valt, minor alterations to the chronology of key events and moving members originally assigned to Squad 7 in the game to other units in the militia (primarily Squad 1).