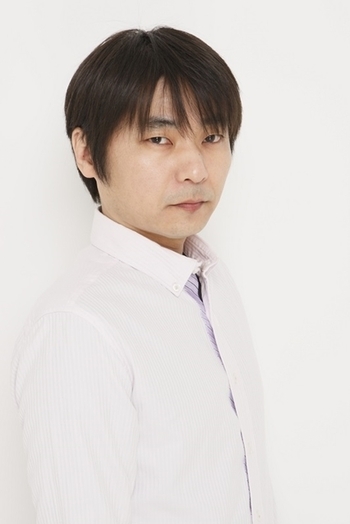 This description of Akira Ishida is the greatest achievement of TV Tropes culture. I mean, IT'S SO COOOOL!
Advertisement:

THE voice actor when it comes to Bishōnen characters. The girlier, the better.

Akira Ishida (born November 2, 1967) voices characters that are more on the laid-back side... and sometimes on the more enigmatic, sinister side. This makes him quite the fan favorite even today. It does help that his first well known voice was Kaworu Nagisa, which gives him quite a good start, but it wasn't until later that his roles as Athrun Zala and Gaara shot him to great fame.

Also, for the record, he's one of the only male voice actors to have voiced a WOMAN.

If his character is killed, expect it to be via head injury.

Not to be confused with the artist Akira Ishida.

So the page ends and I'm off somewhere else. Where am I going, you ask? That's a secret! So tropers, *enters cabinet* please take care!