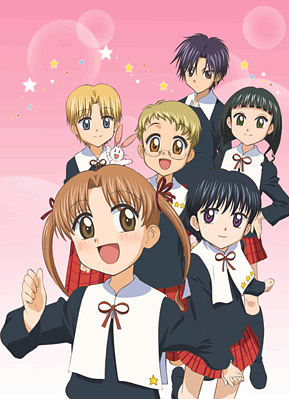 The story centers around 10-year-old Mikan Sakura, who is dismayed when her best friend Hotaru is transferred away to a boarding school for genius students. When she learns that Hotaru is not allowed to visit or write back home, Mikan becomes suspicious, and travels alone to the school to investigate. She discovers that Hotaru is attending Alice Academy, a school specifically for children with special powers called Alices. Mikan meets a teacher named Narumi who says that Mikan herself has an Alice, and he requests to have her enrolled.

Though Mikan is bullied by the other students and some of the faculty, and often abandoned by Hotaru, she loves her new home at Alice Academy and remains optimistic about her life there. But as time goes on, she learns sinister secrets and meets people who suggest the school may not be as benevolent as she originally believed.