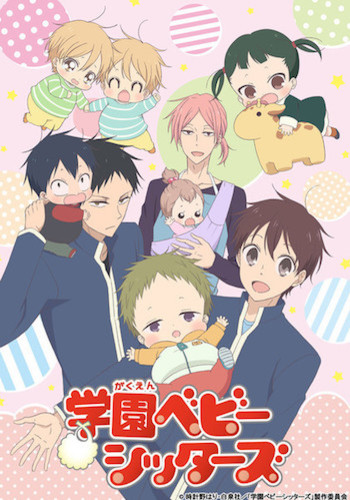 After their parents died in a plane crash, fifteen-year-old Ryūichi Kashima and his preschooler brother Kotarō are taken in by Yōko Morinomiya, the stern chairwoman of Morinomiya Secondary School, who also happened to have lost her son and daughter-in-law in the same accident. However, she also believes in a give-and-take relationship, and thus in exchange for her legal guardianship, she also assigns Ryūichi with investing much of his extracurricular time working at the school's daycare center.

Initially established to look after the little children of the school's faculty while they are away with their day jobs, the daycare is struggling due to lack of coverage from the school's budget, and efforts to establish a babysitting club among the students fell flat, leaving all the work to Yoshihito Usaida, an easygoing faculty member and alumnus of the school. With Ryūichi's arrival, the club has been restarted with him as its first member. Besides Kotarō, he will also be looking after five other little kids: bratty Taka Kamitani, refined Kirin Kumatsuka, the polar-opposite Mamizuka twins Takuma and Kazuma, and sweet baby Midori Sawatari. Fortunately he has help in the form of Taka's older brother Hayato, the star player of the school's baseball team, as well as ace student Maria Inomata.

With their new life in place, the Kashima brothers slowly learn to grow and thrive in a world where they are now largely on their own.

Gakuen Babysitters (学園ベビーシッターズ, "School Babysitters") is a Slice of Life shoujo manga written and illustrated by Hari Tokeino (of Me & My Brothers fame). It began serialization in Hakushensa's LaLa magazine in 2009, and is still ongoing. It also received an animated adaptation directed by Shūsei Morishita for Brains Base in winter 2018, simulcasted by Crunchyroll.