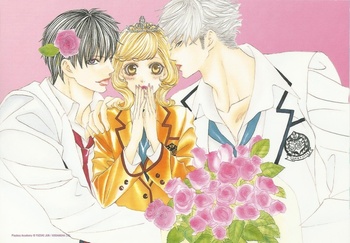 While running away from a mob of girls, new transfer student Azusa Mizutani takes the last option and pledges complete chastity to Rise Okitsu. The problem? Rise wants to keep a low profile and not risk being bullied like she was before and what's worse, Mizutani isn't even all that interested in her. But for now they have to keep up their fake relationship while Mizutani can find a girl he truly likes and allowing Rise to go back to her simple school days. Of course, things are not going to be that easy.