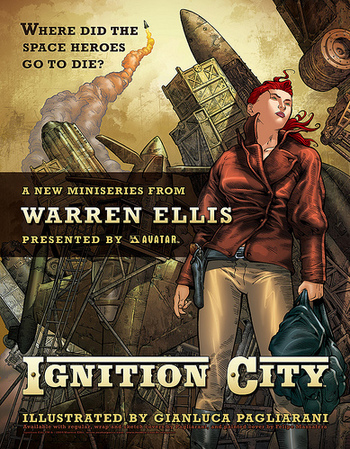 Ignition City is a five-issue limited series by Warren Ellis & Gianluca Pagliarani from 2009. It is set in The '50s of an Alternate History where a Martian invasion interrupted World War II. Its story is focused on the eponymous Ignition City, the last spaceport of Earth, as it seems that the nations of the world practice an increasing isolationism. A young woman called Mary Raven investigates the murder of her father who lived there.