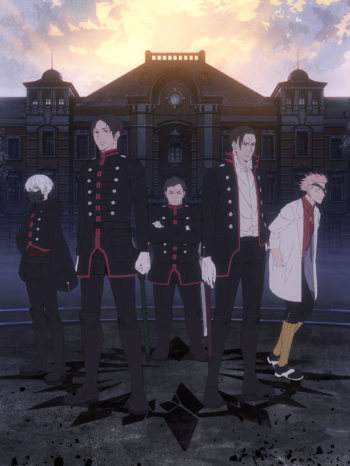 Mars Red is a 2021 Japanese anime television series based on a stage reading play written by Bun-O Fujisawa. It was produced by Signal M.D. and began airing on April 6, 2021. Funimation licensed the series for the North American distribution. It also has a manga adaptation illustrated by Kemuri Katakura.

The story is set in 1923 during the Taisho Era. Vampires existed in this timeline and have been increasing in numbers due to the existence of an artificial blood source called Ascra. The Japanese government creates a military unit called "Code Zero" to counter these vampires. What's unique about Code Zero is their members who most of them are vampires themselves.