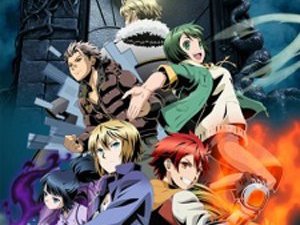 The anime provides the following tropes.