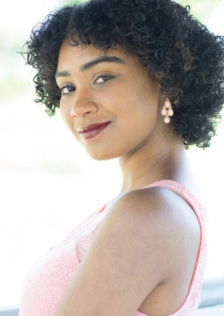 Anairis Quiñones (born September 16, 1997) is an American voice actress, best known for her roles as Mirko in My Hero Academia, Echidna in Re:Zero, Harriet Bree in RWBY, Yelena in Attack on Titan, Nessa in Pokémon: Twilight Wings, and Rika Kawai in Wonder Egg Priority.