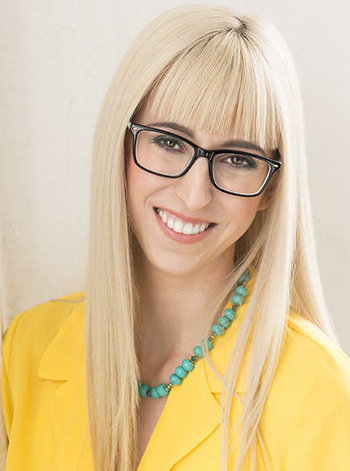 Aren't we the best?
I hereby declare that every Troper must be compelled to describe Erika Harlacher here... Here's to good wine!
Advertisement:

Erika Lynn Harlacher (born August 29, 1990 in Ventura County, California) is an American voice actress, musician and content creator who is based in Los Angeles, California. She happens to be involved in several Bang Zoom! Entertainment-dubbed titles either as a staff or a cast member or both. These titles include Nura: Rise of the Yokai Clan, Lagrange: The Flower of Rin-ne, Sword Art Online, K-On!, Accel World and Atelier Ayesha: The Alchemist of Dusk.

Erika Harlacher and her works provide examples of:

"A Beautiful Roses Has Thorns!"