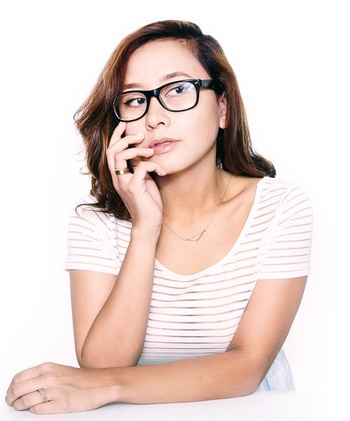 Started out as an obscure production assistant of many popular Bang Zoom! Entertainment titles like Haruhi Suzumiya, Christine Marie Cabanos (born July 12th, 1988) became well-known within the anime fandom thanks to her breakout role as Azusa "Azu-nyan" Nakano in K-On!. Since then, Cabanos has been cast into lead characters who happen to be cute young girls such as Squid Girl, Filia, and Madoka. She's also an Idol Singer as well and posts many of her Image Songs in her YouTube channel.

Most of her training and experience is mainly thanks to the workshops by Tony Oliver (which he has the knack of casting her when he's the ADR Producer). She's often cast alongside Cristina Valenzuela and/or Carrie Keranen (or sometimes both).