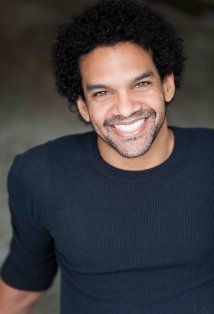 Khary Payton (born May 16, 1972 in Augusta, Georgia) is an American voice actor best known for his role as Cyborg on Teen Titans. He would later reprise this role in Teen Titans Go! (and its film adaptation), Injustice: Gods Among Us (where he also voiced Doomsday) and its sequel, the series of Lego DC Superhero films, the Infinite Crisis game, and Justice League Action.

He's also known for a few live action roles such as Dr. Terrell Jackson in General Hospital, Josh in Emily's Reasons Why Not, and as King Ezekiel in AMC's The Walking Dead.