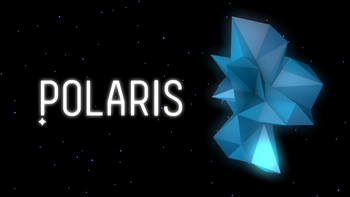 Polaris is a gaming network on YouTube and affiliated with Disney Digital Network, formerly known as Maker Studios. Created in 2007 as TheGameStation, its official website is its YouTube page

. The company revolves around sponsoring gamers and giving them partnerships on YouTube, although changes to how this functions

are leading to increased tension between the gamers and YouTube. The YouTube channel itself mostly covers real life affectionate parodies and skits related to gaming, which are produced and cast by its members whom work for Polaris offices in Los Angeles.

Some of Polaris' more successful videos include their spin-off LORE in a Minute series, after a premier Diablo lore short, and a popular Web Original series, "The Street Fighter". They had also embarked on a new adventure called "Broken Quest," an animated spoof of MMORPGs, Tabletop Games and fantasy gaming in general.

Following JonTron's leaving from Game Grumps on June 25, 2013, sequential episodes of Remag Daily had a number of the hosts "leaving" the show. It was finally announced on July 4-5, 2013 that TheGameStation was rebranded to Polaris in order to include more non-gaming related channels and original programming.

Polaris/TheGameStation itself provides examples of: