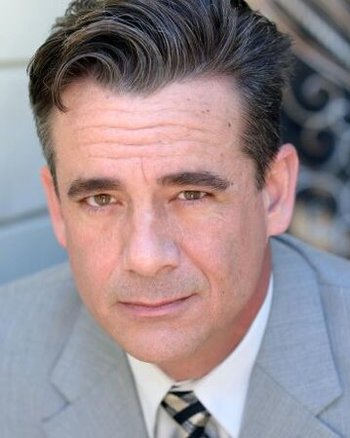 Daran Norris (born Daran Morrison Nordlund, November 1, 1964 in Ferndale, Washington) is an American actor from Washington, principally known for his voice work. He has voiced more than 80 movies, video games, and TV shows. He had a recurring role as public defender Cliff McCormack in the live-action television series Veronica Mars. He also played the part as Gordy on the Nickelodeon show Ned's Declassified School Survival Guide.

Made a name for himself in the hit series The Fairly OddParents, where he voiced Mr. Turner, Cosmo, Jorgen Von Strangle and Anti-Cosmo (in the live-action Fairly Oddparents movies, such as Grow Up, Timmy Turner and the Christmas one, Norris plays Mr. Turner, as he looks and sounds exactly like him). He also voiced Vincent Volaju in the Cowboy Bebop movie. Was married to Mary Elizabeth McGlynn from 1988 to 2012.

His first film role was as an MC at Club Scum in the much-despised '80s flick Hobgoblins. He later stated this role was actually very fun to work on, and he had "no regrets" about doing it. And no, before you ask, he's not related to Chuck Norris.

You can find him in:

open/close all folders
Anime
Films — Live-Action
Advertisement:
Live-Action TV
Video Games
Web Animation
Western Animation
And this is where I'd put photos of Spider-Man. ...IF I HAD SOME!