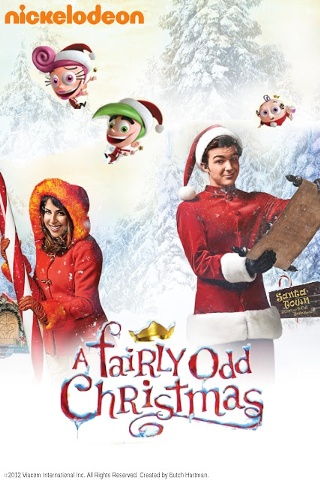 The second live-action made-for-TV movie based on Nickelodeon's The Fairly OddParents, and also, as the title suggests, the series' third Christmas Special (the first two being the episodes "Christmas Every Day!" and "Merry Wishmas"). It premiered November 29, 2012 on Nickelodeon.

When we last left the now-23-year-old Timmy Turner, he found true love with his victorious childhood friend Tootie, had been allowed to keep his beloved fairy family under the provision that he only made unselfish wishes, and had begun running a business named Wishful Thinking. Unfortunately, with Timmy using Cosmo and Wanda's magic to grant wishes for the less fortunate, it's left Santa Claus with nothing to do this Christmas. To make matters worse, while Timmy and his companions are paying a visit to the North Pole, Santa accidentally gets injured, and now Timmy must fill in for him this year. Unfortunately, since he has been placed on Santa's naughty list, Timmy will need to go on a dangerous journey to find Elmer the Elder Elf, the keeper of the naughty list, in order to clear his name. As if that wasn't enough, Cosmo, Wanda, and Poof do not get along well with Santa's elves due to a feud, and Timmy's Evil Teacher, Denzel Crocker, is still on the loose...

Followed by A Fairly Odd Summer.