Film / I Know That Voice 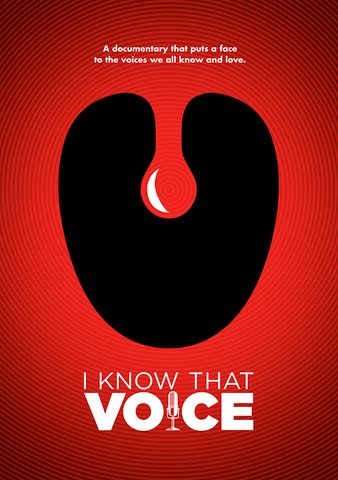 I Know That Voice is a 2013 documentary co-produced by John DiMaggio (who also narrates). It centers on the behind-the-scenes process of voice acting, featuring interviews of many voice actors (a lot of whom you may recognize from many Western animated TV series, English anime dubs, and video games) and the entire entourage of people responsible for getting voices from studio to premiere. It also covers the history of voice acting and shows how professional voice acting is still going strong in an age when live-action celebrities (most of whom can't voice act very well) are brought in to do voice-work, as well as voice acting in video games and anime dubbing.

It was released on digital platforms such as iTunes and Amazon in January 2014. It can now be seen on Netflix.

At Comic Con 2017, it was announced that a documentary series based on the movie is in production.

The first two trailers can be seen

I Know That Trope: