Anime / Naruto the Movie: Ninja Clash in the Land of Snow 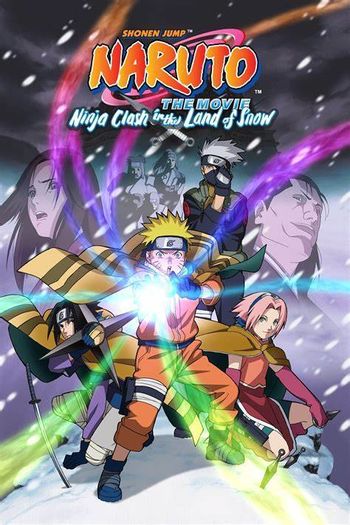 When Kakashi ordered Team Seven to watch a movie starring Naruto's favorite actress, little did they know it constituted preparation for their next mission: escorting Yukie Fujikaze to the Land of Snow for her next movie. However, Yukie's personality and the presence of rogue shinobi who target her for their nefarious purposes complicate the mission...

Released on 2004, Ninja Clash in the Land of Snow was the first animated Naruto movie. The film was directed by Tensai Okamura and written by Katsuyuki Sumisawa. It chronologically takes place after episode 101 of the Naruto anime.

Alternative Title(s): Ninja Clash In The Land Of Snow