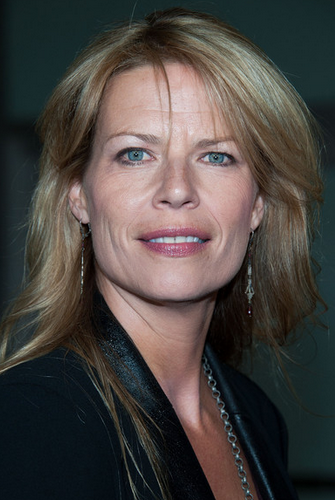 Mary Elizabeth McGlynn (born October 16, 1966) is an American actress, voice actress, ADR director, writer, and singer best known for her extensive English-language dubbing of various anime, and her collaboration with songwriter Akira Yamaoka and lyricist Joe Romersa singing in multiple games from the Silent Hill series and Shadows of the Damned, as well as Dance Dance Revolution EXTREME (she also provided vocals for some music tracks in the movie adaptation of Silent Hill and the ending theme for Silent Hill: Revelation 3D). She has also had several television and movie roles, and was married to fellow voice actor Daran Norris from 1988-2012. Mary was a counselor at the Interlochen Arts Camp in Intelochen, Michigan. She is currently married to Steve Blum.

McGlynn has also been credited as Melissa Williamson, Anna Top, Lucy Todd, Charlotte Bell, Abbie Normal and Sherry Peppars. No, she isn't running from the Mob; a peculiarity of many anime voice actors from her generation is that most have been credited by more names than they've owned cars (although "Melissa" is taken from her twin sister). She has been the English counterpart of Atsuko Tanaka four times (Jagura in Wolf's Rain, Rosso the Crimson in Dirge of Cerberus: Final Fantasy VII, Motoko Kusanagi in Ghost in the Shell: Stand Alone Complex, and Nina Williams in Tekken: Blood Vengeance). She was a Guest of Honor at Anime Expo 2007, Long Beach, and won the 2007 American Anime Award for Best Female Voice Actress for her role as Major Motoko Kusanagi in Stand Alone Complex.