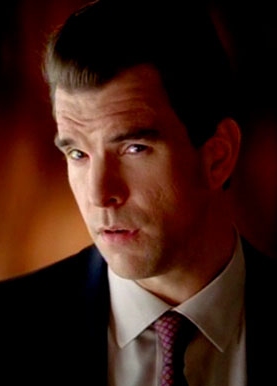 Could switching to GEICO—really save you—15% or more on—car insurance? ...Are you now reading this article in my voice?
Advertisement:

Michael McGlone (born August 10, 1972 in White Plains, New York) is an American actor and musician. His first foray onto the screen was in The Brothers McMullen, the Sundance Film of the Year in 1995. The initial success netted him roles in films such as The Bone Collector, She's The One, and One Tough Cop. More recently he has appeared on TV as a gangster in the Crash series with Dennis Hopper, as police chief Nolan Abrami in The Kill Point, and Detective Bill Szymanski in Person of Interest.

You most likely know him as the sultry-voiced, Noir-esque spokesman in GEICO commercials.