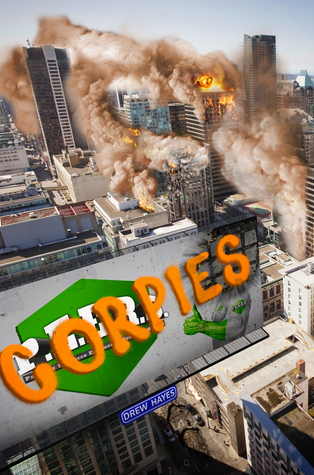 is a spinoff novel set in the same world as Super Powereds. It takes place chronologically during Year 3 of Super Powereds, and it's best to read it in between Year 3 and Year 4 (Year 4 contains references to the events of Corpies that will spoil major points). The spinoff follows the adventures of Titan, Roy and Hershel's father, as he tries to return to the Hero scene after leaving to hide from scandal.

Unfortunately, as a pariah scorned by the media he is unable to find any hero team willing to accept him despite being the physically strongest super in history. What he finds instead is a team of Corpies, privately employed super emergency responders who protect the public while advertising their sponsors' products. Since they aren't licensed to fight supervillains and their old Hero liaison left, they need someone that can fight to protect them if villains show up while they are trying to rescue people.

As he spends more time with the Corpies, he comes to realize that they aren't the inferiors and wannabes that he and many of his Hero colleagues think they are.