I'll Take That as a Compliment 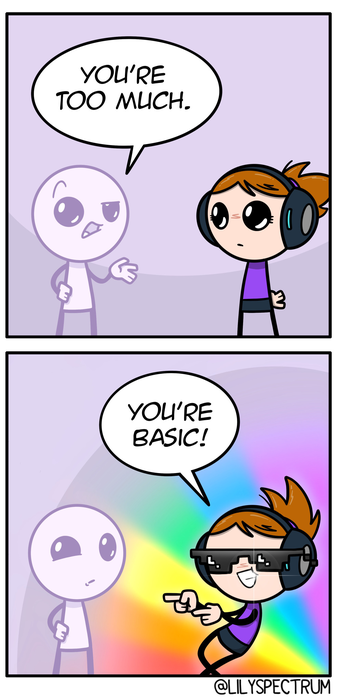 A popular stock phrase found in both Insult Backfire and Compliment Backfire. The setup is as follows: someone is the target of an ambiguous statement that could easily be seen as insult, praise, a backhanded compliment, or even just a simple observation. For any number of reasons — pride in the trait that is being talked of, not having the energy or drive to deal properly address the rudeness, etc. — they decide to interpret it as something positive and make that clearly known by replying with "I'll take that as a compliment."

Depending on how the person actually meant the statement and if they have a chance to reply back, they could be anything from incredulous at the target's supposed denseness, take it as a confirmation of egotism, or be confused that the other person would see it as anything but a compliment.

Compare I Can Live With That. Contrast Your Approval Fills Me with Shame.

Alternative Title(s): Ill Take This As A Compliment