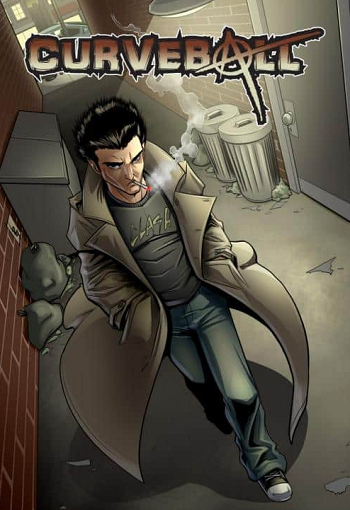 America's Greatest Hero is murdered. His sidekick wants to know why.
Advertisement:

is a Web Serial Novel centered around the eponymous villain turned hero who discovers his former partner Liberty was murdered under mysterious circumstances.

The story primarily follows Curveball as he learns of his ex-partner's murder and begins his investigation. It also dips into the perspective of other heroes, villains, and the victim's great granddaughter.

Curveball borrows liberally from the conventions of comic book publishing, adopting a monthly release schedule, referring to each release as an "issue," and creating cover art designed to resemble a comic book cover.