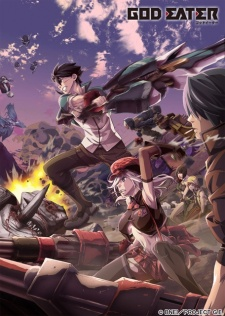 God Eater is a 13-episode anime adaptation of God Eater, which after two delays, began airing on July 12, 2015. The first nine episodes aired during the 2015 Summer season and the final four episodes were held off for 2016 Spring season.