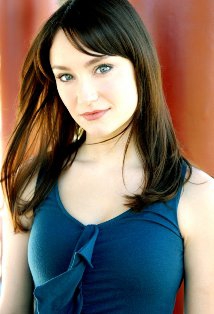 Emily Marie Neves (born July 29, 1982 in Conroe, Texas, USA) is an American actress, singer, voice actress, and occasionally an ADR Director and/or Writer for anime dubs. She is based in Texas, works for Sentai Filmworks and, more recently, Funimation for English dubbed anime titles that they license. She was once married to fellow voice actor Andrew Love, but they have since divorced.

Emily Neves and her works provide examples of: