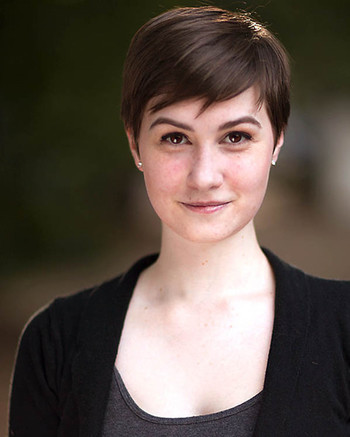 I AM CURIOUS!
Advertisement:

Madeleine Morris (born in March 29, 1992 in Dallas, Texas, USA) is an American actress, puppeteer and theatrical technician affiliated with Funimation Entertainment. She began to rise in prominence as of 2017.

In the beginning of her carreer, she was usually cast as nice girls, though she has also branched out into voicing snarky girls, and even young boys.