Manga / Call of the Night 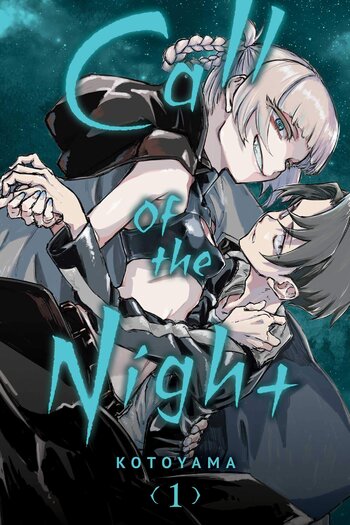 Call of the Night (Yofukashi no Uta) is a manga series written and illustrated by Kotoyama, creator of Dagashi Kashi. The series follows a junior high student named Ko Yamori, who has recently stopped going to school and developed insomnia. Ko starts to wander the streets at night, where he meets and befriends a girl named Nazuna Nanakusa, who turns out to be a vampire. After having his blood sucked and talking to Nazuna, Ko asks her to make him into a vampire, only to learn that in order to become one he must first fall in love with Nazuna.

The manga began serialization in Weekly Shonen Sunday in 2019, and is licensed in English by Viz Media. An anime adaptation has been announced for July 2022.