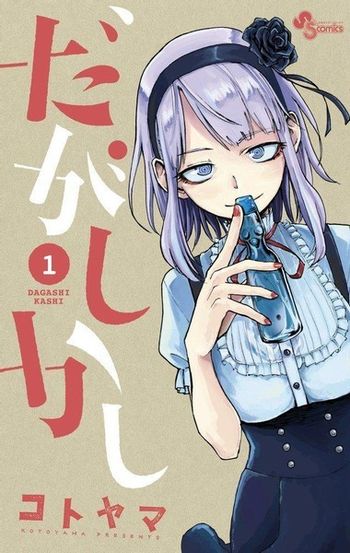 Dagashi Kashi is a manga series by Kotoyama.

The story revolves around country boy Kokonotsu Shikada. His father runs a small family-owned candy shop and wants Kokonotsu to inherit one day. Kokonotsu wants nothing to do with the shop and aspires to become a manga artist instead. One day a weird but cute girl named Hotaru Shidare visits the shop. Hotaru is part of a famous family-owned sweets company, which she wants Kokonotsu's father to join. However, his father only agrees to if Kokonotsu can be convinced to take over the shop. She then makes it her mission to convince Kokonotsu to do so, no matter how long it takes.