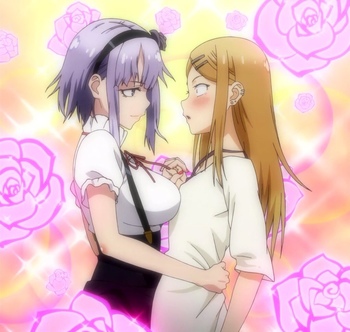 I mean look at this; it's meant to be!

There's a lot of Les Yay between Hotaru and Saya.