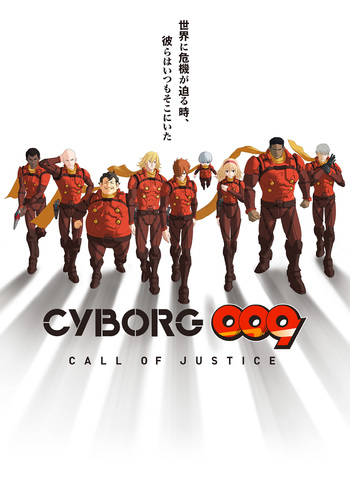 Cyborg 009: Call of Justice is a All-CGI Cartoon film trilogy directed by Koudai Kakimoto (with 009 Re:Cyborg's Kenji Kamiyama as chief director). It was released over the course of 3 weeks (November 25, December 2 and December 9, 2016). The films were released worldwide via Netflix

Call of Justice features an original plot involving the 00 Cyborgs going up against a mysterious organisation of superhumans with nefarious goals named the "Blessed".

Tropes that appear in this work: