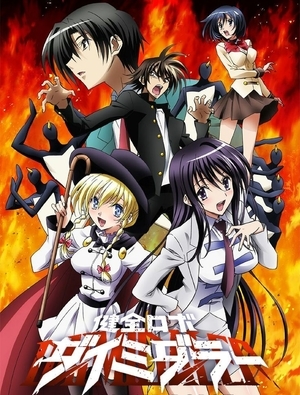 The world is beset by the evil forces of the penguin empire (basically a bunch of perverted guys in penguin onsies) who continuously attack cities in giant mecha (also penguin shaped) in order to steal the power of High-Ero particles. It falls to perverted and Hot-Blooded highschooler Kōichi Madanbashi to fight the penguin empire with the help of Daimidaler, A Super Robot that runs on Deus Sex Machina (sort of).

Yeah... it Makes Just as Much Sense in Context.