Anime / Grave of the Fireflies 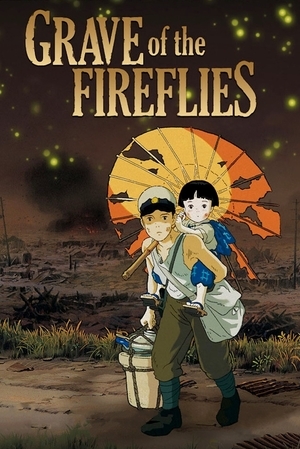 Grave of the Fireflies (火垂るの墓, Hotaru no Haka) is a 1988 film directed by Isao Takahata and produced by Studio Ghibli. It was released theatrically as one-half of a double feature; the other half was the uplifting My Neighbor Totoro.

The film is based on the short story of the same name written by the late Akiyuki Nosaka, who based much of the plot on his own childhood in Japan during and after World War II. The film begins with Seita dying and reuniting with his little sister Setsuko as a ghost and the two have another look at the last few months of their life, starting with the loss of their home and their mother in the 1945 bombing of Kobe