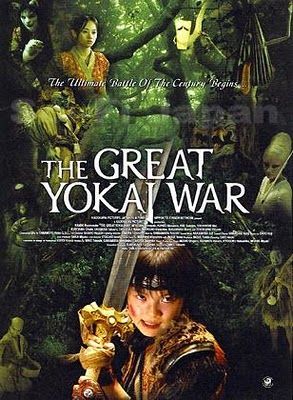 The Great Yokai War is a fantasy-horror film directed by Takashi Miike, which tells the tale of a young boy caught in a war between traditional Japanese folklore creatures known as Youkai. Young Tadashi Ino is declared the "Kirin Rider" at a local festival, not knowing that the title will soon become literal. He becomes a reluctant hero in a war between the traditional Youkai, and a new, mechanical version created by the evil Yasunori Kato to destroy humanity. The film is an homage to the Yokai Monsters series of films, created in the 1960s by Daiei.

Received a sequel The Great Yokai War: Guardians in 2021, which includes the character Daimajin.

Noted for its similarities to The Neverending Story.