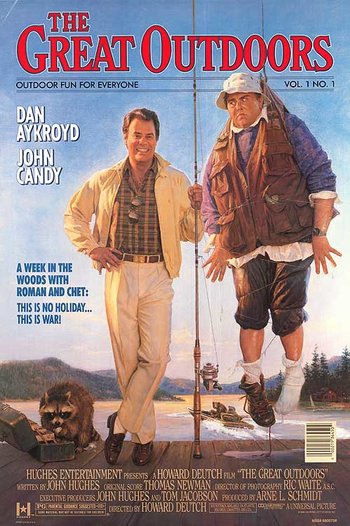 The Great Outdoors is a 1988 comedy starring John Candy and Dan Aykroyd. It was written by John Hughes and directed by Howard Deutch, in their third and final collaboration, after Pretty in Pink and Some Kind of Wonderful. Notable as the film debut of Annette Bening, who plays Aykroyd's wife.

The plot concerns brothers-in-law Chet (Candy) and Roman (Aykroyd), who with their families try—and fail—to get along during a trip to a lakeside resort in northern Wisconsin.