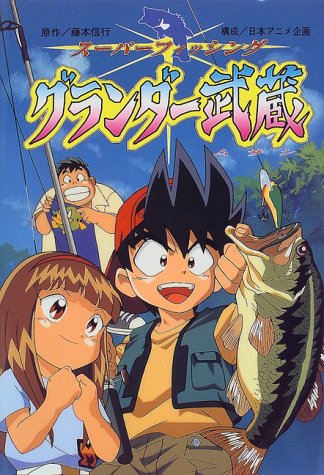 Grander Musashi follows the story of a young boy, Musashi, moving from his home in Tokyo to country-side. There, he makes friend with Mio and Suguru, who are the fellow students, among other fishermen, and learns to master the art of fishing. Musashi finds out later that there's an evil organization which uses dirty and cruel tricks in fishing, and ends up having to duel with its members in order to stop them. Began with a manga which ran from 1996 to 2000. Had a short-lived anime which lasted for about 25 episodes. There was a sequel series called Grander Musashi RV, which ran for 39 episodes. The sequel tells the story of "Legenders", the legendary lures that is believeed one who get ahold of them will be the greatest grander in the world. Musashi and his friends set out their journey to find them while having to battle with other skillful rivals who are also looking for the Legenders.

No relation to the OTHER Musashi.