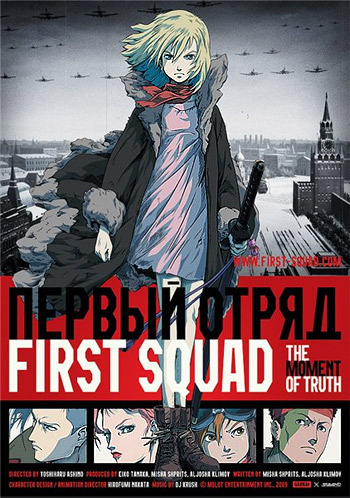 First Squad is a Russo-Japanese anime film, focusing on Nadya, the last surviving member of an elite squad of Child Soldiers with Psychic Powers, who gets (re)drafted to fight the invading Nazis in 1942. It only gets stranger from there.

Features examples of the following tropes: